Ringsjön is a lake in southern Sweden from which tap water is drawn. The very hard water (dH 11) imposes severe stress on the equipment used. After 4-6 years' operation, four SWEP heat exchangers used for heating the tap water were brought to SWEP’s laboratory for testing. 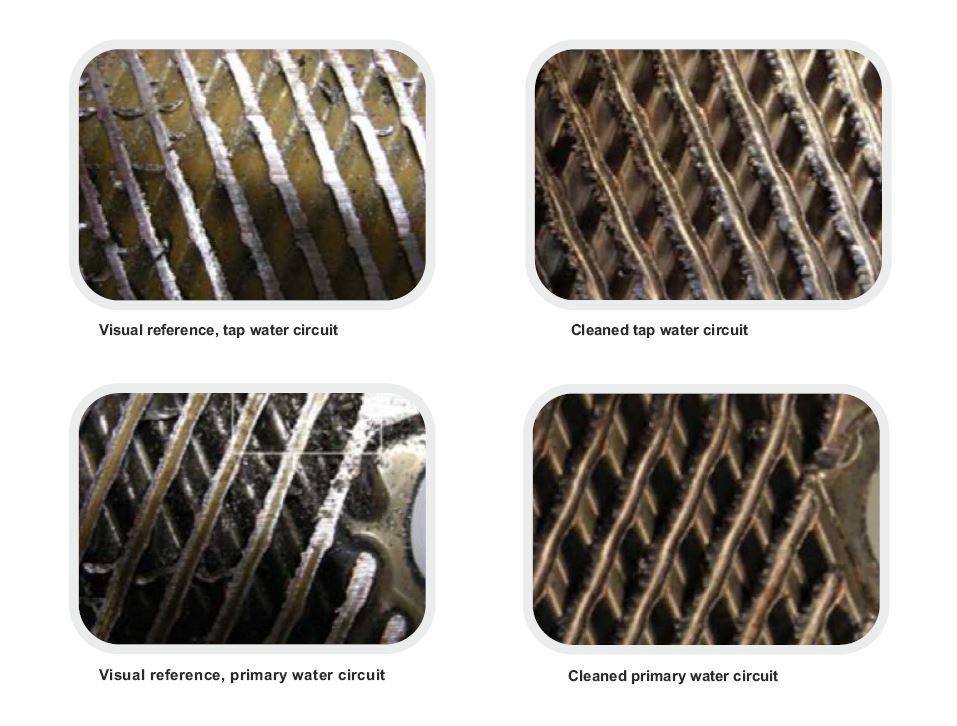 The units showed signs of mild fouling, but were still fully functional. The purpose was to observe how the heat exchangers had been affected by the hard water, and to evaluate a biodynamic CIP fluid for removing carbonates and metal oxides without the risk of corrosion. Thermal and hydraulic performance tests were conducted before and after CIP treatment on the tap water side. The same tests were used on all four units to verify the effect.

The test results showed improvements in thermal performance by 5% and in hydraulic performance by 2%. A visual inspection of a sectioned unit confirmed that the lime scale and metal oxides were completely removed, and testing also revealed no signs of internal or external leakage.