Compressed air is used for thousands of applications across several types of automated industries, where it can power, process and/or control equipment.

Compressed air is used for thousands of applications across several types of automated industries, where it can power, process and/or control equipment.

A common problem in compressed air systems is the condensation of humidity. The condensation is due to the water vapor in the compressed air. This vapor is cooled along the pipes, and thus transformed to water droplets. The water can cause corrosion, wash away lubrication oil, freeze when exposed to cold and cause considerable damage to the equipment using the air.

To avoid water condensation in a pneumatic system, an air dryer can be installed. Though it does not offer a dew point as low as can be obtained with adsorption, the refrigerant-type dryer has become the most popular, because the dew point obtained is acceptable in many general industrial applications. The dryer cools the compressed air to a temperature above the freezing point of water – down to 3 °C – which causes the moisture in the air to condense out.  The condensed liquid is taken out of the system with separators.

In a pneumatic system, the air leaving the compressor (1) contains a significant amount of water. In the after-cooler (2), up to 70% of the moisture can be removed. After the separator (3), the compressed air is still saturated with moisture, but liquid water has been separated and drained. The air is then stored in a receiver (4), which can be installed before and/or after the air dryer (6).

Non-cycling air dryers are extremely reliable. They are cheap, always provide constant dew points, and have very low maintenance costs. They do not allow energy savings during partial loads, and so usually require a buffer tank sized to shave peak demand. 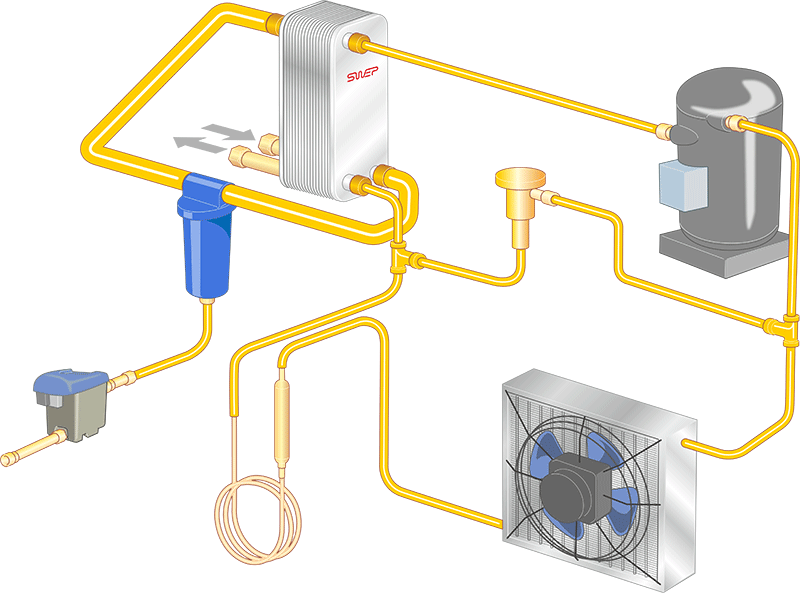 Our unique ADWIS, Air Dryer With Integrated Separator, solution is the best fit for non-cycling air dryers. It combines two plate packages with an integrated separator made of strong stainless steel.

The warm, moist air from the compressor is pre-cooled in the air-to-air heat exchanger section of the ADWIS. Then the moist air enters the second chamber of the ADWIS where it is further cooled by the refrigerant from the direct expansion cycle. The condensate is then separated from the air stream at the demister situated between the two plate packs. The cold dry air then makes a second pass through the air-to-air section to be reheated before leaving the dryer, generating the free pre-cooling energy. 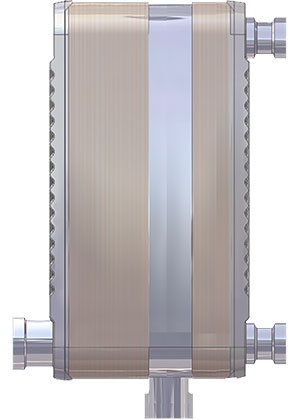 SWEP’s ADWIS offers a very compact and reliable alternative to other heat exchanger solutions by combining easy integration and high heat transfer with stable performance and a long lifetime without maintenance. 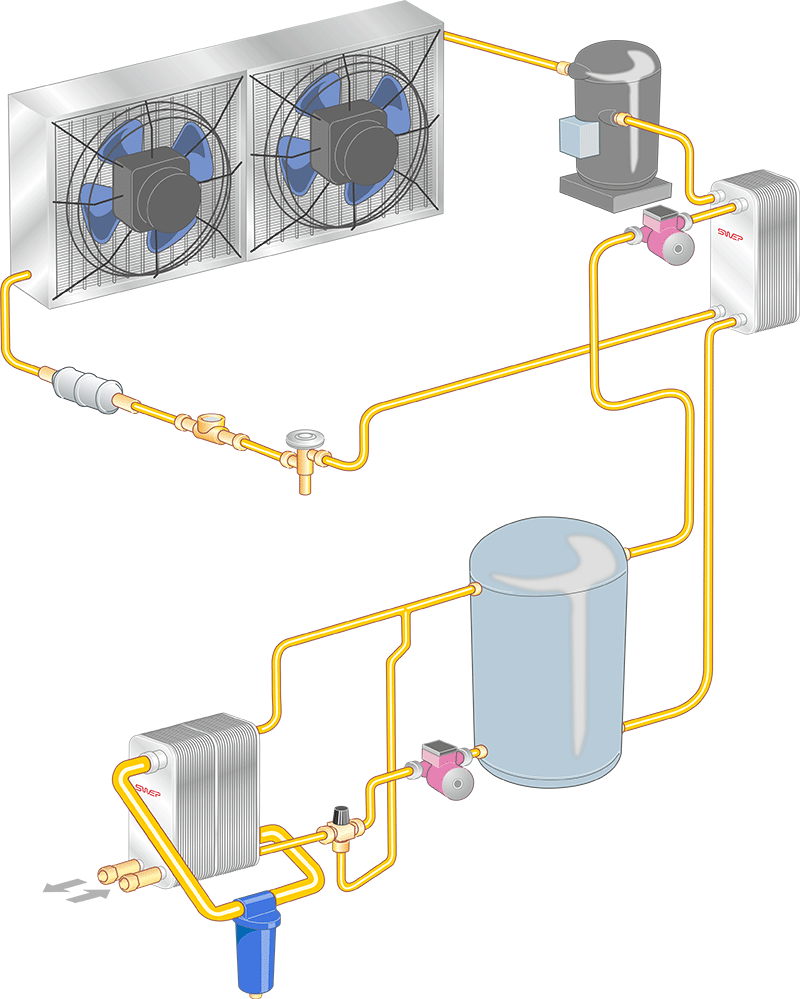 The working principle is the same as for ADWIS, except that air/water separation must be carried out externally. 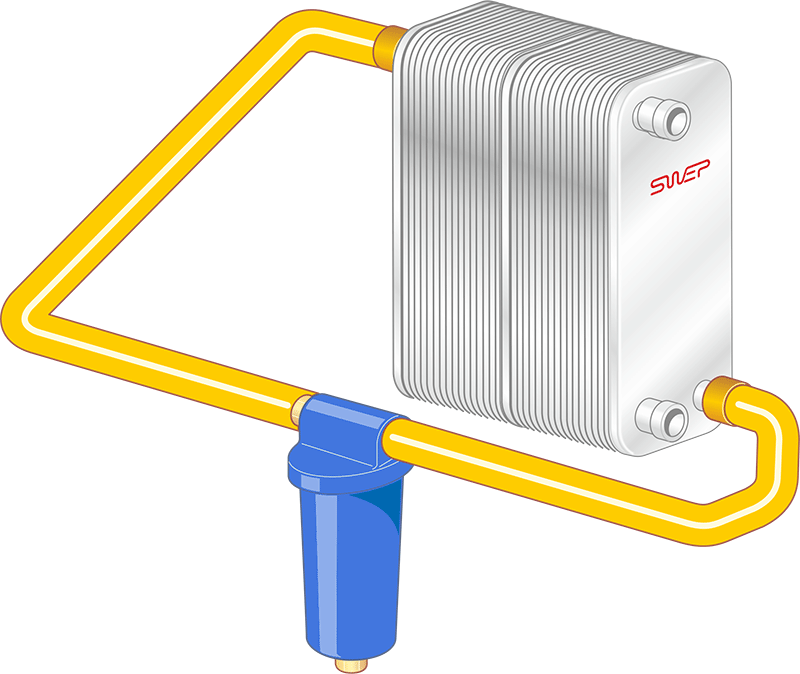 Our D2P or Dual over 2-Pass execution is the best fit for cycling air-dryers.